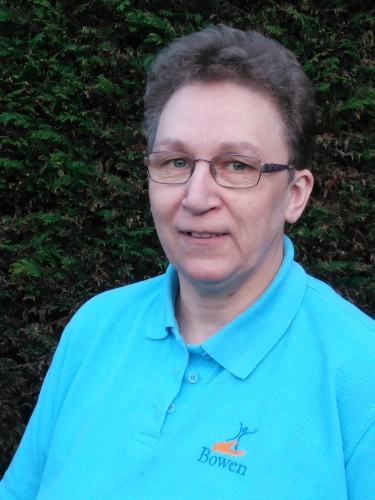 I’ve always had a fascination with body mechanics and movement and as a teenager began training in martial arts.  I trained in Karate for over 10 years and for a while was also training in Tai Chi.  The Tai Chi absolutely blew my mind and it wasn’t long before I gave up Karate to concentrate solely on Tai Chi.   That was over 30 years ago and I am still as excited and intrigued now as I was in my first Tai Chi class.  The understanding of body movement I had gained from practicing and teaching Tai Chi revamped my fascination and led me to take up complementary therapies.

In 1995 I qualified in holistic body massage and practiced for a while.  It was in 2001 that I suffered a groin strain and happened to come across a complementary therapy known as the Bowen Technique.  The lady who treated me was studying the technique at the time and offered me a free treatment.  I was amazed at the result whereby the strain had virtually disappeared the following day.  The treatment itself consisted of very gentle rolling-type moves followed by breaks whereby the lady would leave the room for a few minutes.  The movements were carried out on my back, back of my legs, and knees.

I was astonished at the result, being used to a heavier touch in more conventional treatments. I was so fascinated by the Bowen Technique that I began studying it, qualifying in 2003.  From then on I practiced privately within the community.  Unfortunately due to life circumstances I was forced to take a break but was able to re-qualify in 2018 to resume my therapeutic work.